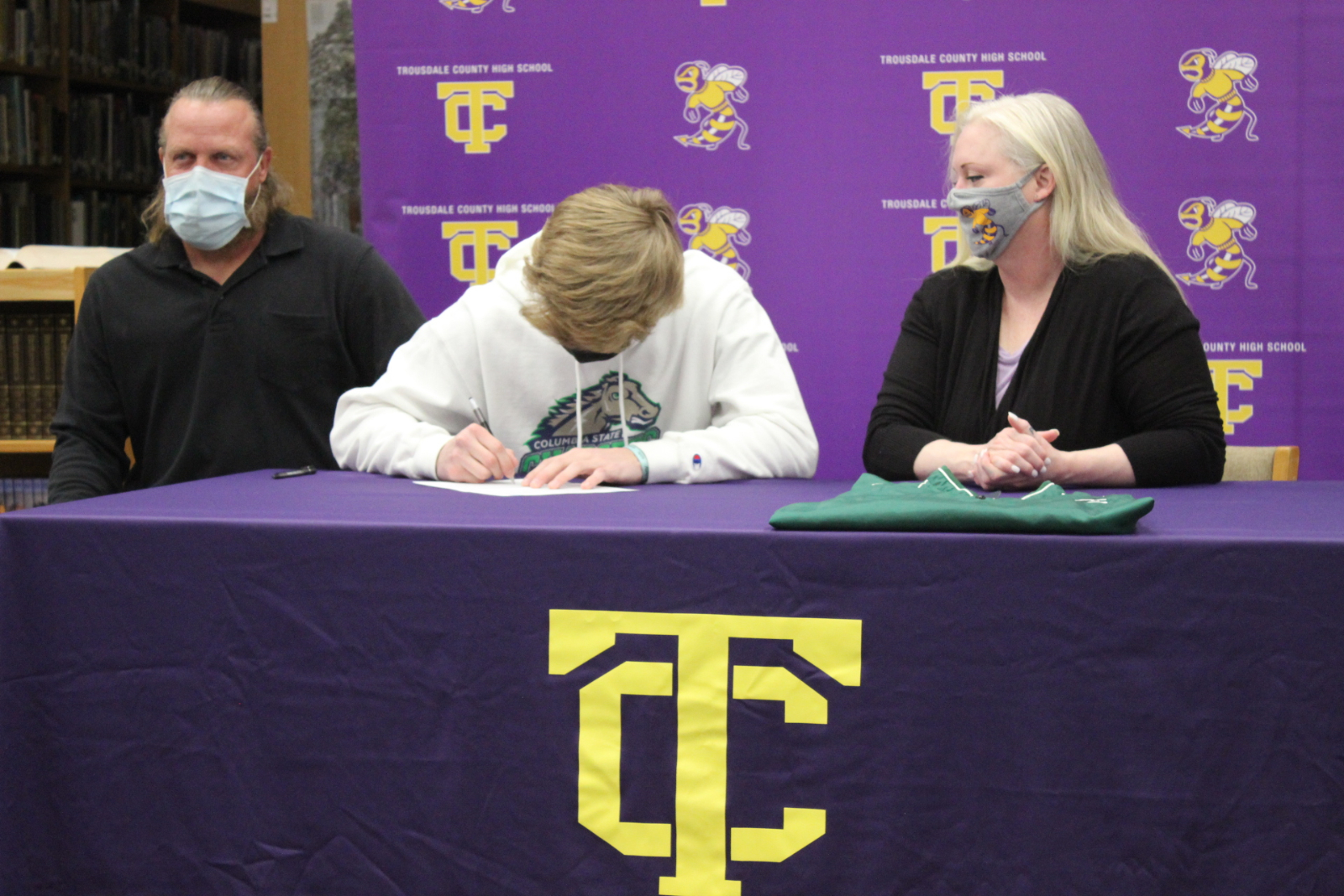 Henderson only played two high school games in 2020 due to the COVID pandemic shutting down high school baseball throughout Tennessee.

He was All-State in 2019 after hitting .420 for the Yellow Jackets. Henderson played for Knights Platinum (Nashville, TN) last summer. Their team finished ranked at #2 in the nation by Perfect Game while entertaining multiple offers, including Murray State of the OVC.

Henderson is entering 2021 as the 38th ranked player and 11th pitcher in Tennessee by PrepBaseball Report. Prior to commitment Henderson was rated the #3 uncommitted RHP in Tennessee.

“Elijah comes from a committed household structure and his work ethic is off the charts. When other classmates or teammates are out, he’s working on the next phase of his journey, and it has paid off. The best part is he is a better human than player.  He will represent TCHS and the Trousdale community at the highest degree.” stated head baseball coach, Davy Cothron.

Columbia State is led by head coach, Mike Corn, who came to CSCC after serving as the Director of Baseball Operations at The University of Tennessee.  Columbia State has a proud tradition of excellence. Most recently, the 2013-14 Charger team represented Columbia State well at the 2014 World Series in Colorado.