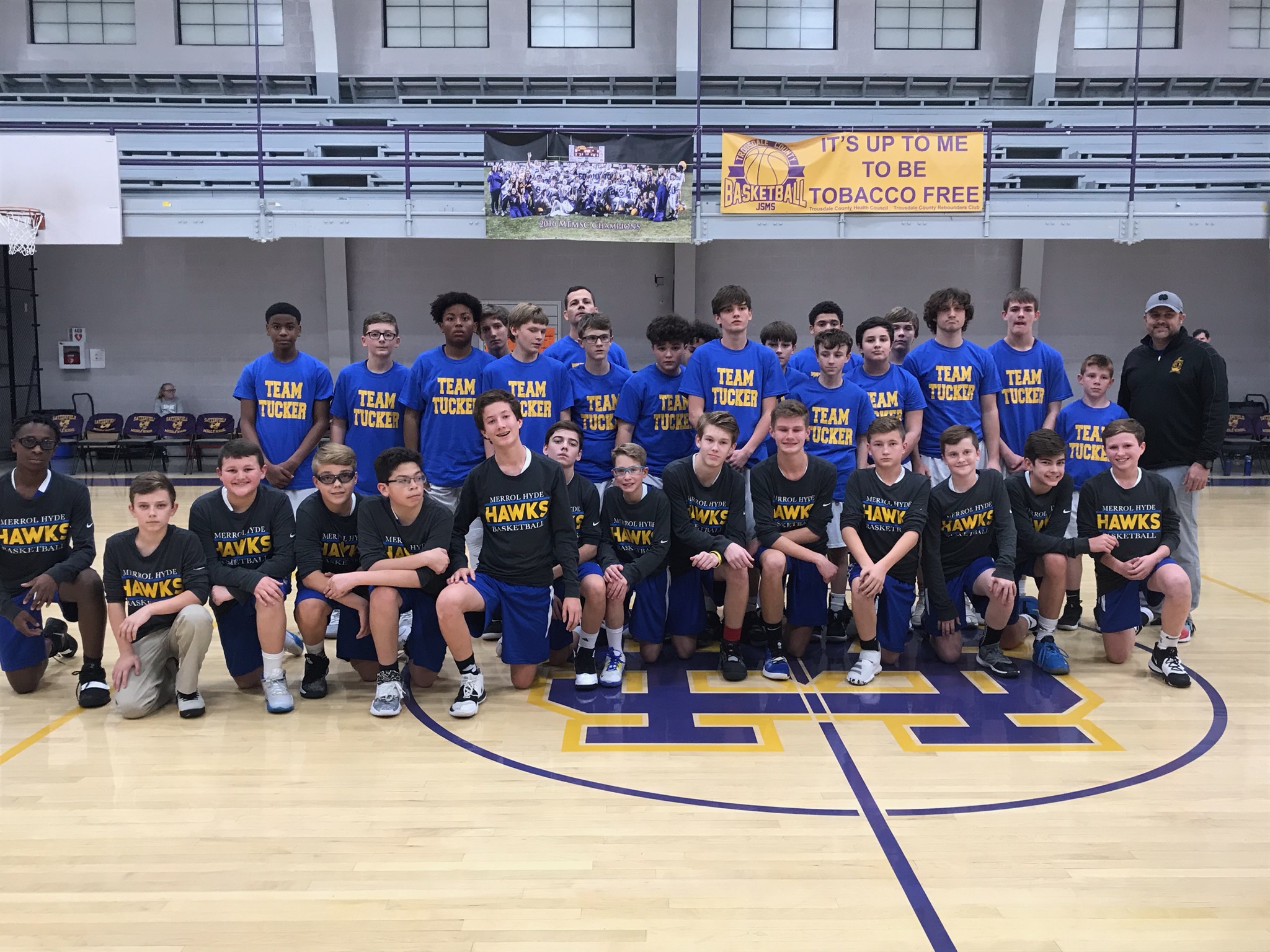 On a night where human spirit was the focus, the JSMS Boys avenged an early season loss to Merrol-Hyde by knocking off the visitors 43-36 in what was a good, hard played, middle school basketball game.

The Jr. Jackets were sporting blue Team Tucker shirts to show support for Merrol-Hyde 8th grade player, Tucker Smith who is going through treatment for a recent cancer diagnosis. “Tucker is a great competitor and great athlete and we wanted him to know he isn’t alone. He has support from our locker room.”, stated Jackets coach, Davy Cothron.

JSMS and Merrol-Hyde traded scoring punches in the first four minutes, but some nice rebounding and a 6-0 spurt gave the Jackets a 12-7 lead after one quarter.
The second quarter was basically a mirror image of the first and the Jr. jackets led 24-15 at the half.

Jackets are back at home on Thursday as they host Tucker’s Crossroads.