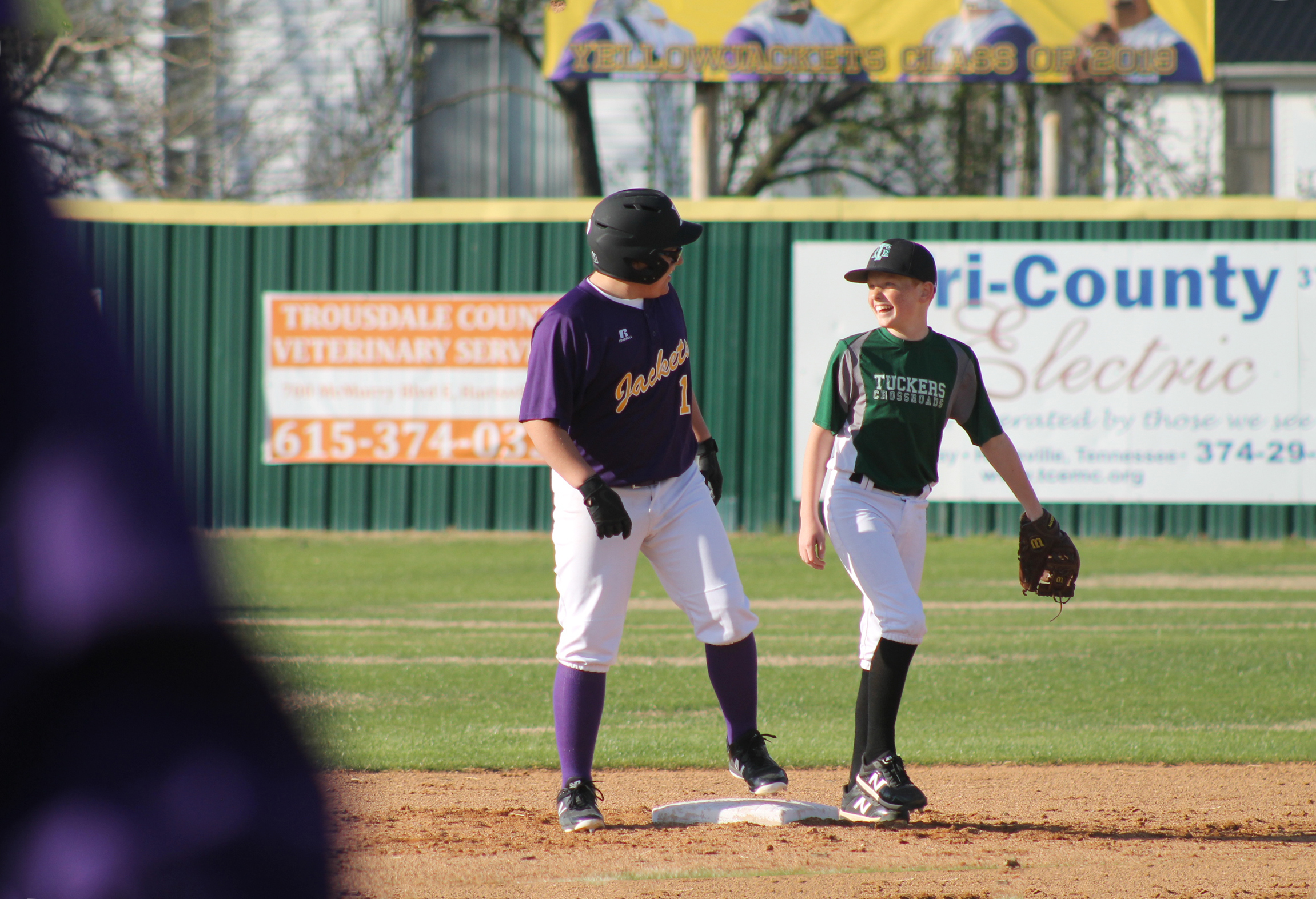 JSMS gsve up two runs in the first inning and TXR made the Jackets’ bats stay quiet through three innings, but from the fourth inning on the game was totally dominated by the Jacket offense.
JSMS exploded for five runs in the fourth inning, four runs in the fifth inning, and tacked one in the sixth to take a 10-2 victory.
Kobyn Calhoun started on the mound and pitched two innings. Josh Beal came on in relief in the third inning and pitched scoreless ball for 1 2/3 innings. Jake Fergusson came on and got the final out of the fifth inning. Brayden Gooch made his debut on the mound striking out the side in the sixth inning and Cole Gregory pitched a clean seventh inning while also striking out the side.

Gooch and Colton Key had multiple hits for the Jackets who are now 2-1 on the season and hit the road on Friday April 5th to take on Walter J. Baird Middle in Lebanon. Game time is set for 4:00pm